Our favorite art books of 2012 span centuries and movements, and include names both new and familiar. Follow the adventures of Paul Cezanne, meet Vivian Maier and her many subjects, and discover the (real) secrets of Leonardo Da Vinci in our first five selections:

Cezanne: A Life, Alex Danchev- Critics called Paul Cezanne’s paintings unfinished, but the artist himself insisted they were “unresolved.” A biographer who wishes to capture the spirit of the revolutionary post-impressionist must play to the distinction. Danchev doesn’t try to solve the riddle of the man who diagnosed himself mad, who hid his wife and child from his family until he was 40, and who spent his final years in wild seclusion. With the aid of more than 100 images—including a series of self portraits—and excerpts from Cezanne’s favorite readings, the raconteur gives us a beautiful, perplexing glimpse through one of the most influential sets of eyes of the 19th century and beyond.

Mark Rothko: The Decisive Decade: 1940-1950; Todd Herman, Christopher Rothko and David Anfam- Though Mark Rothko’s journey from the figurative to the abstract happened rather rapidly, The Decisive Decade presents it as a careful, scientific evolution. An early canvas showing a trio of figures begets a painting of three figures merged into one, which bears a fascinating resemblance to the horizontal planes of color for which Rothko gained renown. The full sweep is a tribute to the artist’s deliberate genius. 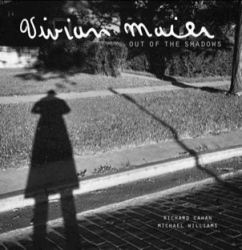 Vivian Maier: Out of the Shadows, Richard Cahan and Michael Williams- Amateur street photographer Vivian Maier’s now famous body of work was discovered before her death in 2009, when the contents of a storage locker she couldn’t pay for were auctioned off. It wasn’t until her obituary appeared in the Chicago Tribune that real estate agent John Maloof, who had purchased thousands of her negatives, discovered her identity. Cahan and Williams shine some light on the mysterious artist through interviews with Maier’s confidantes, but it’s the work itself, mostly captured on the streets of New York and Chicago in the 1950s and 1960s, that bring her into full focus. 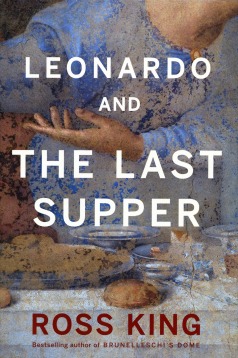 Leonardo and the Last Supper, Ross King- Perhaps the most shocking secret of The Da Vinci Code is that, had Dan Brown done more digging, he wouldn’t have needed to rely so much on fiction. King introduces us to an aging, depressed Leonardo and the seemingly impossible project he took on at the Convent of Santa Maria della Grazie. There are many secrets to uncover, from the true identities of the Apostle models to the significance of the food Leonardo chose for the table. No symbologist needed. 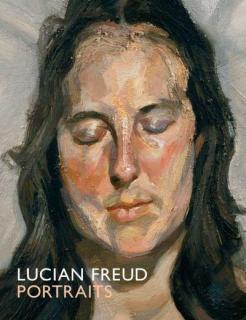 Lucian Freud Portraits, Sarah Howgate with Michael Auping and John Richardson- As ever, the severe portraits of Lucian Freud cast a captivating spell in this new collection. New to the game is a series of rare, revelatory interviews on everything from the artist’s process to his famous grandfather, conducted in the last years of his life.