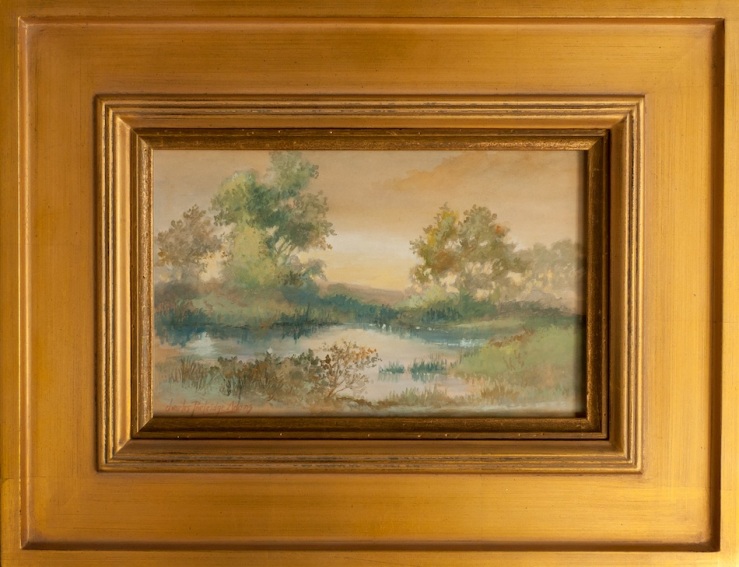 When Charles Partridge Adams moved from Vermont to Denver in 1876, it had nothing to do with art. The 18-year-old’s family hoped Colorado’s arid climate could save his sister from tuberculosis. The girl died, but Adams discovered unexpected beauty in the tragic situation.

The teen fell in love with the Rocky Mountains, enrolling in art classes a year after his arrival so he could learn to capture their majesty. It was his first and last formal training. For the rest of his days, Adams developed his skills on intrepid painting expeditions across Colorado and the American West. 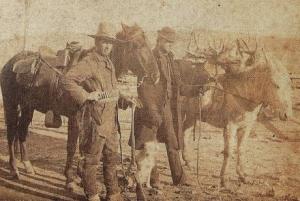 “I saw the Rocky Mountains as I had dreamed of them before I came West,” Adams wrote of a horseback ride in Estes Park in 1881. “Towering above a great valley filled with afternoon mists, their summits glistening with the pure white of winter snows. They formed an entrancing sight that I can never forget.”

Adams started out as a realist, but by the 1890s he was removing details and loosening his brushstrokes. He developed a bright, impressionistic style and took cues from tonalism, carefully detailing the thin mists that cleave to the foothills of the Rockies in the morning and the almost opaque storm clouds that crown their peaks in the afternoon.

The artist’s influences are clear in “Untitled (Landscape)”, a serene watercolor of a still lake under a sunset sky. Splashy clusters of brushstrokes form wild foliage that contrasts with the crystalline water, and the sky above fills the air with a rosy haze. Adams was known for his bold palette, but here he used muted colors in thin layers to mimic the atmospheric effects of dusk. His touch is so delicate that the lightest ribbon of color in the sky isn’t paint but bare white paper. 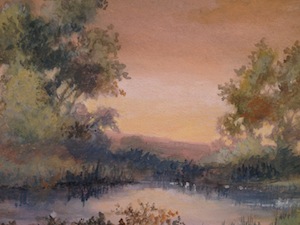 “He was… sophisticated in his use of watercolor,” says Thomas Smith, director of the Denver Art Museum’s Petrie Institute of Western American Art, which organized an exhibition of Adams’ work last year. “This was a self-taught artist, but he really grew up and he really taught himself things about the medium.”

“Untitled (Landscape)” may measure just 6 1/2 by 10 1/4 inches, but Adams had the loftiest intentions no matter the size of the paper. “At his best, the landscapist is able through the grandest, as well as the humblest forms of earth and sky and sea, to at least suggest the grandeur, poetry, mystery and beauty of this natural world,” he wrote. It was with these noble ambitions that Adams would become one of Colorado’s most beloved landscape painters of all time.

Come see Charles Partridge Adams’ “Untitled (Landscape)” in our NEW HORIZONS: Focus on Landscapes show. If you’d like to inquire about the piece, don’t hesitate to call the Matthews Gallery at 505-992-2882 or connect with us through Facebook or Twitter.

1 thought on “ONE WORK OF ART: Charles Partridge Adams”