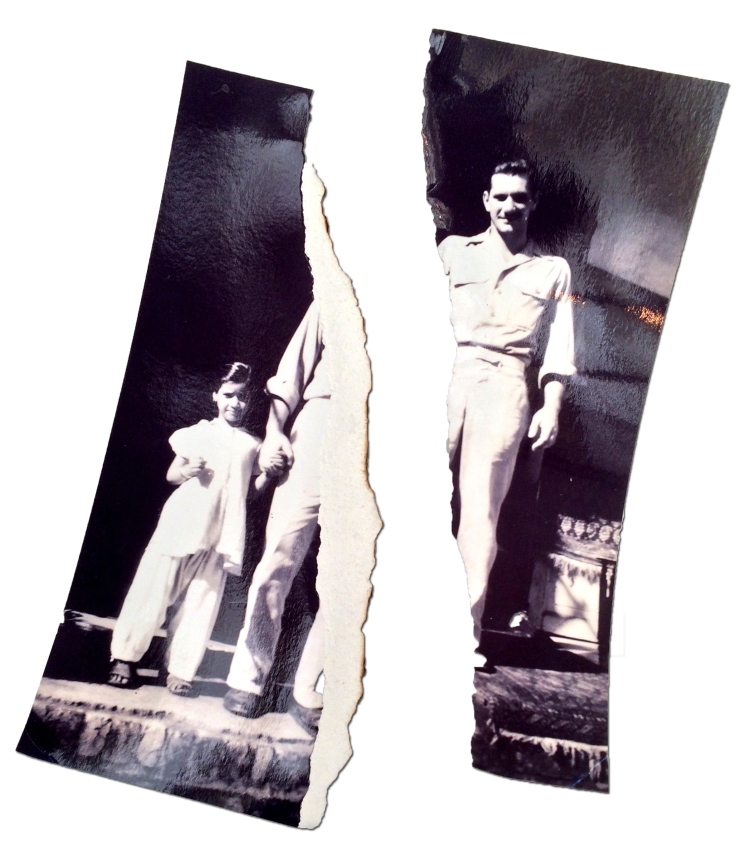 Editor’s Note: No original photographs were harmed in the making of this blog

The messages were all the same. “Why do found photographs hold allure for you?” we wrote to members of Flickr’s robust vernacular photography community. “What is it about anonymous photographers and their subjects that makes collecting these artworks special or important?”

As we explained in our last blog post, we’ve been wearing many different hats as we prepare for the May 16 opening of FAMILIAR STRANGERS: Vernacular Photography. Judging by the diverse answers we received from this query, it seems longtime found photography fans follow a similar process.

“At the time they were taken, they meant something to the photographer,” writes Gary Moyer, who runs a Flickr Group called Found Photos. “It’s a shame to think they can’t live on in this digital age.” But although part of Moyer’s mission is to bring this ephemera to the virtual realm, he’s also charmed by the objects themselves. “The photos are real, something to hold in your hand,” he concludes.

For John Van Noate, administrator of several vernacular photography groups, it’s more about the immediacy of the image. “They provide a slice of life unfiltered, unmediated,” he writes. “Life in the raw, so to speak.”

Dave Bass‘ interest in vernacular photography started with a childhood fascination for taking snapshots. “I still recall the anxiety felt when retrieving a processed roll from the drugstore and opening the package to discover my treasures,” he recalls. Hunting down “orphan” photos seemed like a natural extension of his passion, and over years of collecting he’s learned a lot about human nature from the pictures he’s found.

“I truly believe that such photographs are authentic cultural artifacts that portray who we as humans were, who we have become, and where we will likely go,” Bass writes. He uses Flickr group Vernacular Photo to connect with like-minded folks across the world.

All of these intrepid collectors’ answers did have one thing in common: a sense of loss, and a desire to subvert it. As Moyer puts it, “Each [photograph] represents a moment that is gone forever.” In a way, these collections preserve memories that would otherwise have vanished long ago.

On that hopeful note, we leave you with an excerpt from Paul Jackson‘s correspondence. The UK resident runs the Flickr group Found Photographs, and has a lot to say about vernacular photos and the power of the online community to uncover their secrets. It’s enough to make you believe that nothing is lost forever. Attend our FAMILIAR STRANGERS exhibition, opening May 16 from 5-7 pm, to untangle more mysteries!

I went to art school here in the UK in the 1970s and my interest in vernacular photographs stems from then. In those days you could often buy old postcards and snapshots in charity shops for virtually nothing. Often just arranged in old shoe boxes. You can rarely do that now as these things have become very collectable.I think it is a shame when dealers break up old photograph albums as all the clues that would help place these images in context get wiped away. You may be interested in some subsidiary groups we run on Flickr. One is called “What’s That Picture” where we invite people to post pre-1945 images that they want help identifying. Sometimes this is a tall order but the Flickr community acts a bit like a hive mind and we have had some astonishing successes. A lot of these can be found in another group “The Astonishing Power of Flickr“. Here many images that have been successfully identified have been posted and some other extraordinary events such as people recognising themselves or other serendipitous events have occurred.

You ask what the allure is for me. Well, there is something awfully poignant about old snap shots/vernacular photographs. The lives of strangers’ births deaths marriages, love, hearth and home..all life is there and with the knowledge that all that life has probably by now slipped away. These things end up in sales almost always through a death and the death of someone who either has no remaining family, or a family that cannot or will not preserve these fragile family histories. It is a very sobering thought.I am at a period in my life when I am beginning to realise that even my own family photographs and the ones of my parents and grandparents are going to be vulnerable to be “lost” when I die and it does make you dwell on the ephemeral nature of life, the impermanence of the structures we build around ourselves and how easily it can fade away.One of my favourite quotes is the famous one in Blade Runner when Roy Batty the replicant is dying:“I’ve… seen things you people wouldn’t believe… Attack ships on fire off the shoulder of Orion. I watched c-beams glitter in the dark near the Tannhäuser Gate. All those. moments will be lost in time, like tears in rain. Time… to die…”Looking at so many old and found photographs I often think that “I’ve seen things you people wouldn’t believe” the person behind the camera has seen these things, lived that life..you know, we can sometimes almost taste it. 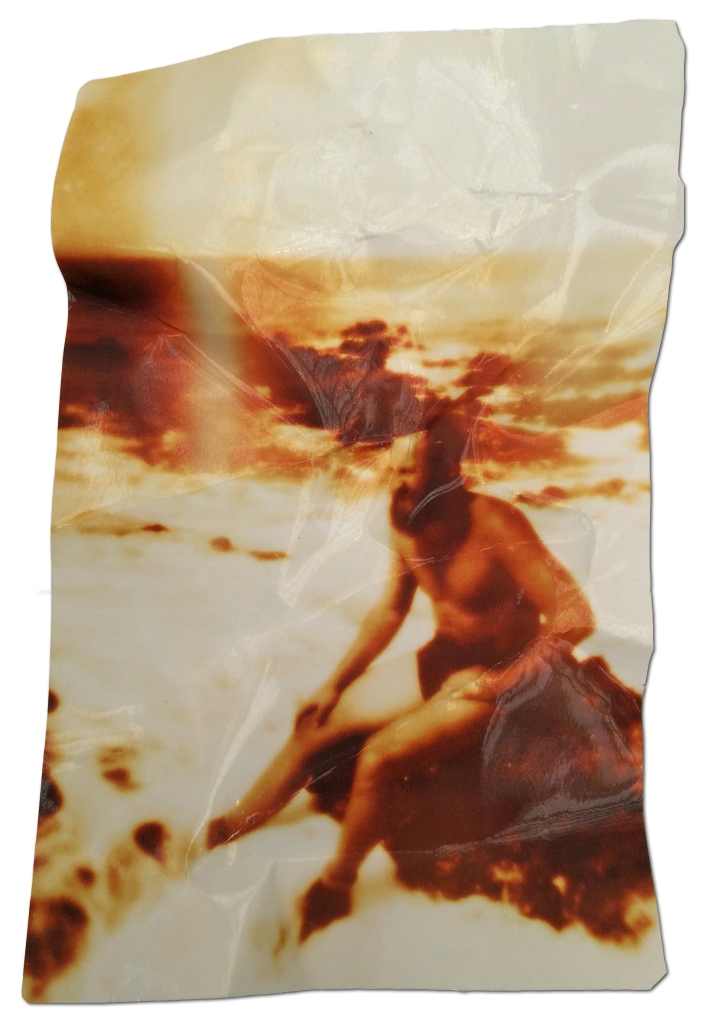 This morning I received a phone call from a gentleman named Angelo in Florence, the city that gave birth to the Renaissance. I had never met him but he was calling because he had been on our gallery website and had some questions. He told me about the artwork he was interested in and we discussed the particulars. I then told him that here in the US we had heard about the tough time they were having in Italy with the COVID-19 virus and inquired how he was doing. He said it was a very difficult time. There was much fear but people were now staying inside as much as possible and it had given him time to spend more time looking at art on the internet. I then mentioned how wonderful and uplifting it was to see scenes of Italians singing to their neighbors from their balconies. Angelo paused and said, “we will overcome this horrible menace and we will not neglect the power of art and beauty, for they give us the promise of healing and renewal.” After we hung up, and I wiped away some tears, I walked to a spot in our home to look at a photograph I’d taken in Florence some years ago. I took it from the Ponte Vecchio, the medieval stone bridge that spans the Arno river that runs through the city. It was late in the afternoon and a single rower was guiding a sculling boat across the calm water. As I looked at the photograph it gave me a great sense of peace. It reminded me of the many centuries of war and upheaval that proud city had endured and how, after it all, the true and the virtuous and the beautiful have remained. Yes Angelo, we will overcome this menace and we will endure just as the the glorious city of Florence has endured. - Lawrence Matthews #italy #artisimportant #florence #artitaly #photography #art
We had a delightful encounter today with a visitor from New York - Mr. Josh Hamlet - who saw a 1952 Leger lithograph titled “La Partie de Campagne”. When asked if he was an admirer of the artist’s work he told us of a time when he saw a painting by Leger at MOMA and was so moved by it that he got a tattoo of the piece. Thanks to Mr. Hamlet for reminding us again of the power and importance of art to the human spirit. Scroll through the images to see Mr. Hamlet’s tatoo and our lithograph. #léger #tattooart #modernart #moma
New in the gallery! Dan Rizzie is one of the most successful collage artists of the 20th century. He uses diverse materials, often incorporating layers of newspaper, paint, wax, dirt and filigree into his works. His symbology is equally layered. Rizzie is fascinated with hermetic and alchemical signs and symbols, and embeds the same sense of mystery into his work. DAN RIZZIE Asphidium 31.5 x 24 inches 1986-87 $ 3,500 #collage #contemporaryart #symbol #mixedmedia #worksonpaper
Leon Gaspard (1882 - 1964) was a Russian artist who found inspiration in Taos, New Mexico. Gaspard moved to Taos in 1918 and remained there until his death. While there, Gaspard tirelessly attempted to capture the beauty of the local Native American culture and the natural landscape. Leon Gaspard Pines, NM #1 Oil on Board 17.25 x 15.25 inches $12,500 #landscape #oilpainting #impressionism #modernart #newmexico
Michael Wyss was born in Switzerland in 1952. Wyss was inspired by the sacred icon paintings in the churches where he grew up, and has always been primarily a figurative artist. In 1996 Wyss began using computer technology to expand his formal capabilites. Since then, he has been synthesizing the influences of the old masters with digital technology. Michael Wyss Der Luftsprung 1985/1986 Oil on Canvas 50 x 50 inches $18,000 #modernism #figurepainting #oilpainting #contemporaryart