As our SPRING OF MODERNISM exhibition approaches its closing date on March 31st, we’re sharing the incredible stories of 20th century artists who shook the foundations of the New Mexico art community. This week we have Paul Burlin, who battled blindness to create his magnum opus.

Paul Burlin (1886-1969) was born in New York City and had a difficult childhood that he preferred not to discuss. He completed his early education in England before returning to New York at the age of twelve.

He left home at 16, and studied part-time at the National Academy of Art and the New York Art Students League from 1900 to 1912. During that time, he worked as an illustrator under Theodore Dreiser and frequented Alfred Stieglitz‘s 291 gallery. At 291, Burlin developed a taste for Picasso‘s ‘primitive’ artwork that lead him to study African tribal art and, later, the art and culture of the Southwest Pueblos.

Burlin visited New Mexico for the first time in 1910. Paintings from this visit were received warmly in New York and exhibited in 1911. As a result of his early success, he was the youngest artist (at 26 years old) to participate in the 1913 Armory Show.

The same year, Burlin moved back to Santa Fe to develop a new body of work, and continued to exhibit in New York City. With the images and ideas of the Armory Show still prominent in his mind, Burlin was impressed and moved by what he described as the ‘primeval, erosive, forbidding character of the landscape.’ His early works in New Mexico were genre paintings of the Pueblo Indians in a realist style, but he soon developed a colorful abstract vocabulary ruled by symbols both ancient and modern.

Burlin’s time in New Mexico had a profound impact, not only on his own work, but on the development of modernism throughout the Southwest.  From University of New Mexico art historian Sharyn Udall:

Burlin was the first Armory Show participant to reach New Mexico, and that fact, coupled with his confident handling of local subject matter, made a definite impression on newcomers [Marsden] Hartley and B.J.O. Nordfeldt… It is clear, moreover, that Burlin’s stature as the first modernist painter in New Mexico was unquestioned; his was the pivotal role in introducing fauve and expressionist modes to the art of New Mexico (Udall 1984; 28).

Though he moved away from New Mexico in 1920—living in New York and Paris for the rest of his days—Burlin’s artistic evolution in the Land of Enchantment influenced his work for the rest of his life, as evidenced in these canvases from the 1950s. Not long after he made this work, Burlin began to lose his sight. His final series of paintings, completed while he was legally blind, were exhibited at the New York Museum of Modern Art in 1971, two years after Burlin’s death.

We live in an age of treacherous, harrowing notions of mutability, death and decay…All of the old realities have dissolved…all rigidities of form disappear and enter into a new metamorphosis.  This metamorphosis of form and reality is manifested in shape and color, which destroy visual reality and…shape themselves into a reality of their own.

A severe sculpture by Andrew Dasburg, which appeared in the 1913 Armory Show,
contrasts with his soft pastel snow scene that will appear in SPRING OF MODERNISM.
The 102nd annual Armory Show opens in New York City this weekend. Its history stretches back to 1913, when the exhibition introduced the European modernist movement to the United States. Featured artists included Pablo Picasso, Henri Matisse, Georges Braque, Vincent van Gogh Gogh and other Europeans. The show also included American artists such as Randall Davey, John Sloan, Paul Burlin, Andrew Dasburg, Edward Hopper, Marsden Hartley and more who had been influenced by the artistic revolution taking place across the Atlantic.
Not-so-coincidentally, we’re launching a modernism show of our own this Friday, and it features several New Mexico artists who participated in the original Armory show. During the first half of the 20th century, Davey, Sloan, Dasburg and a great variety of their East Coast contemporaries ventured to New Mexico and reshaped the Taos and Santa Fe art colonies into Western outposts for bold aesthetic innovation. The Taos Moderns, the Transcendental Painting Group (TPG) and other collectives engaged with new developments in the movement, gaining an influential presence on the international art stage.
Our SPRING OF MODERNISM exhibition will follow every twist and turn of New Mexico’s modernist movement through significant artworks by Davey, Dasburg, Max Weber, Doris Cross, Russell Cowles, Howard Schleeter, Rolph Scarlett, Paul Burlin, Cady Wells, Jan Matulka, Dorothy Brett and others. It features TPG mavericks Raymond Jonson, Emil Bisttram and William Lumpkins, Taos Moderns such as Beatrice Mandelman, and pivotal Santa Fe modernists including Alfred Morang and Janet Lippincott.
The scope of the show is as ambitious as its title suggests— we’re highlighting 50 transformative years of New Mexico modernist history. SPRING OF MODERNISM shows how New Mexico’s art community became one of the largest and most influential in the nation.
Look below for some of our favorite works from the exhibition, and check out a special preview on our website. Also, make sure to attend the opening on Friday, March 6 from 5-7 pm! 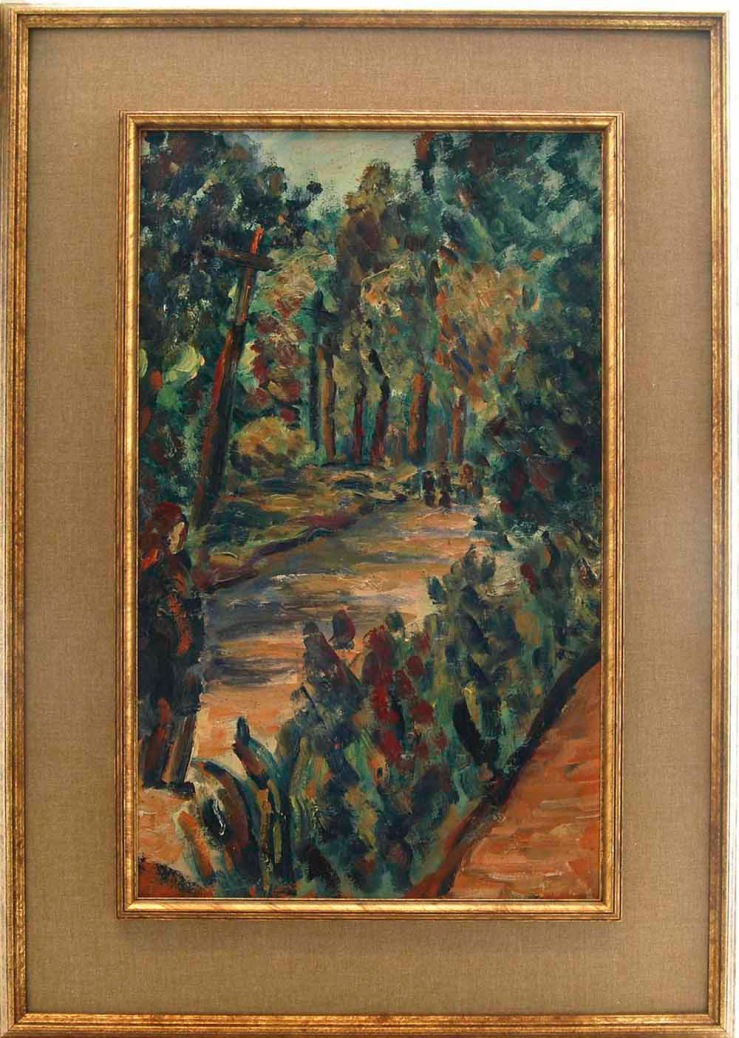 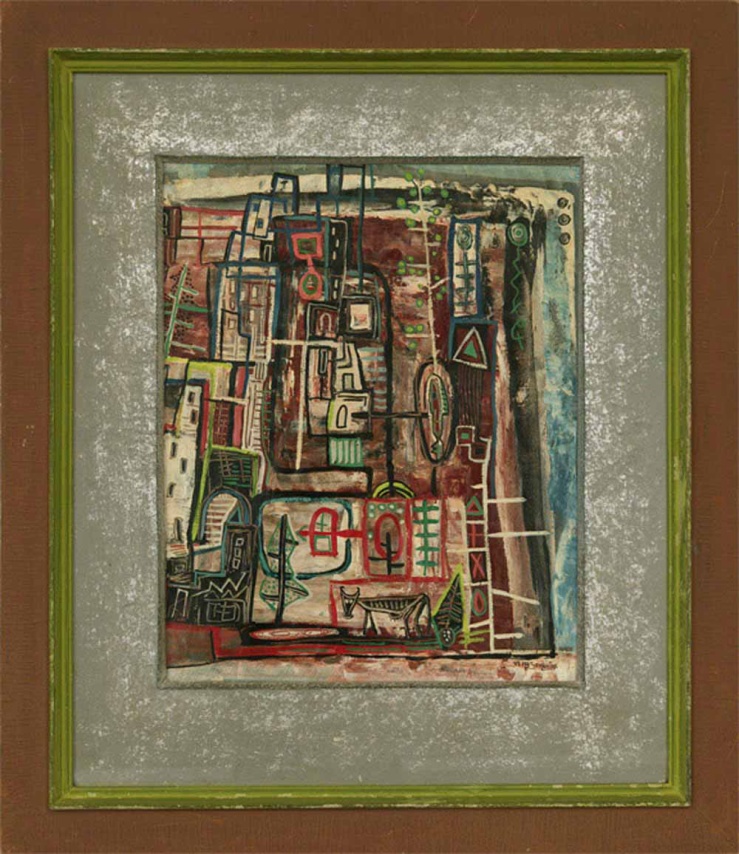